A tobacco pipe often called simply a pipe, is a device specifically made to smoke tobacco. It comprises a chamber (the bowl) for the tobacco from which a thin hollow stem (shank) emerges, ending in a mouthpiece.

The bowl can be made of such materials as clay, corncob, meerschaum (a mineral composed of magnesia, silica, and water), and most importantly, briar-wood, the root of a species of heather.

The smoking of tobacco through a pipe is indigenous to the Americas and derives from the religious ceremonies of ancient priests in Mexico. Farther north, American Indians developed ceremonial pipes, the chief of these being the calumet, or pipe of peace. Such pipes had marble or red steatite (or pipestone) bowls and ash stems about 30 to 40 inches (75–100 cm) long and were decorated with hair and feathers.

The first manufactured tobacco pipes were made of clay and mostly came from Northern Europe, at around the end of the sixteenth century. It was at the beginning of the seventeenth century when William Baernelts moved from his native England to Holland, to launch the first mass production of clay pipes.

Around 1600, French merchants introduced tobacco in what is now Gambia and Senegal. At the same time, caravans from Morocco brought tobacco to the area around Timbuktu, and the Portuguese brought the commodity (and the plant) to southern Africa. This established the popularity of tobacco throughout all of Africa by the 1650s. Imported tobacco and tobacco pipes became prized and valuable trading goods and were both quickly absorbed into African cultural traditions, rituals, and politics. The practice spawned a rich artistic tradition of decorated pipes of wood, ceramics, and eventually metal in an endless variety of themes and motifs of all shapes and sizes.

When did smoking pipes become popular?

Pipe smoking became more and more popular during the Thirty Years’ War in Europe during the years of 1618–1648. Before this time, it was considered treasonous in many countries for anyone but aristocrats and royals to smoke

When were clay pipes used for smoking?

Clay smoking pipes were first used in Britain in the 16th century following the importation of tobacco from the Americas. Early pipes tend to have small bowls as tobacco was relatively expensive at the period.

What is the sacred pipe?

Sacred Pipe, also called Peace Pipe or Calumet, one of the central ceremonial objects of the Northeast Indians and Plains Indians of North America, it was an object of profound veneration that was smoked on ceremonial occasions. 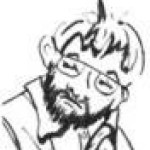